The Web View is automatically provided for apps integrated with Capacitor.

For Cordova, Ionic maintains a Web View plugin. The plugin is provided by default when using the Ionic CLI.

What is a Web View?​

Ionic apps are built using web technologies and are rendered using Web Views, which are a full screen and full-powered web browser.

Modern Web Views offer many built-in HTML5 APIs for hardware functionality such as cameras, sensors, GPS, speakers, and Bluetooth, but sometimes it may also be necessary to access platform-specific hardware APIs. In Ionic apps, hardware APIs can be accessed through a bridge layer, typically by using native plugins which expose JavaScript APIs. 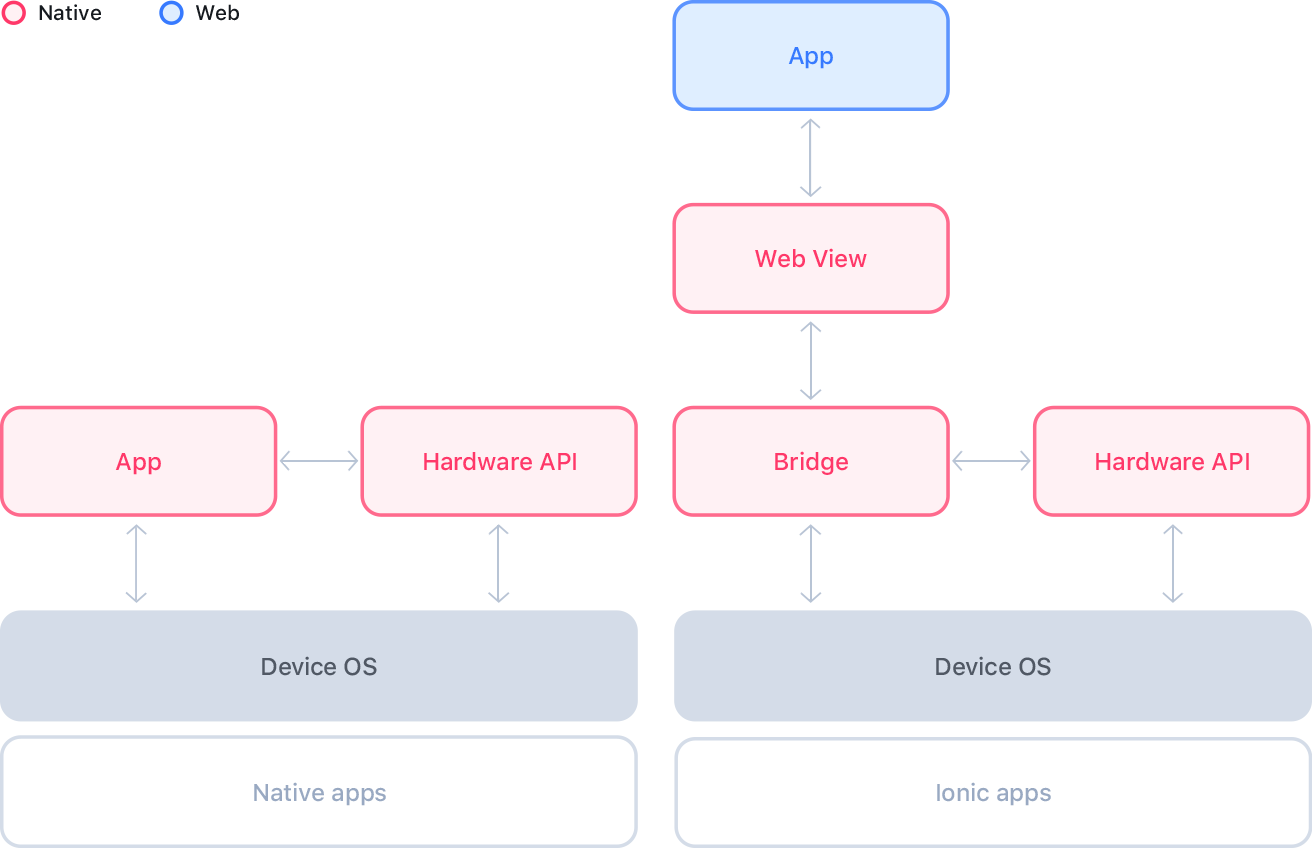 The Ionic Web View plugin is specialized for modern JavaScript apps. For both iOS and Android, app files are always hosted using the http:// protocol with an optimized HTTP server that runs on the local device.

Capacitor and Cordova apps are hosted on a local HTTP server and are served with the http:// protocol. Some plugins, however, attempt to access device files via the file:// protocol. To avoid difficulties between http:// and file://, paths to device files must be rewritten to use the local HTTP server. For example, file:///path/to/device/file must be rewritten as http://<host>:<port>/<prefix>/path/to/device/file before being rendered in the app.