This guide covers how to run and debug Ionic apps on Android emulators and devices using Capacitor or Cordova. Android apps can be developed on Windows, macOS, and Linux.

Android Studio is the IDE for creating native Android apps. It includes the Android SDK, which will need to be configured for use in the command line.

Android Studio is also used to create Android virtual devices, which are required for the Android emulator. Ionic apps can also be launched to a device.

We don't recommend using Android Studio for developing Ionic apps. Instead, it should only really be used to build and run your apps for the native Android platform and to manage the Android SDK and virtual devices.

Download Android Studio from the Android website. More detailed installation instructions can be found in the User Guide. 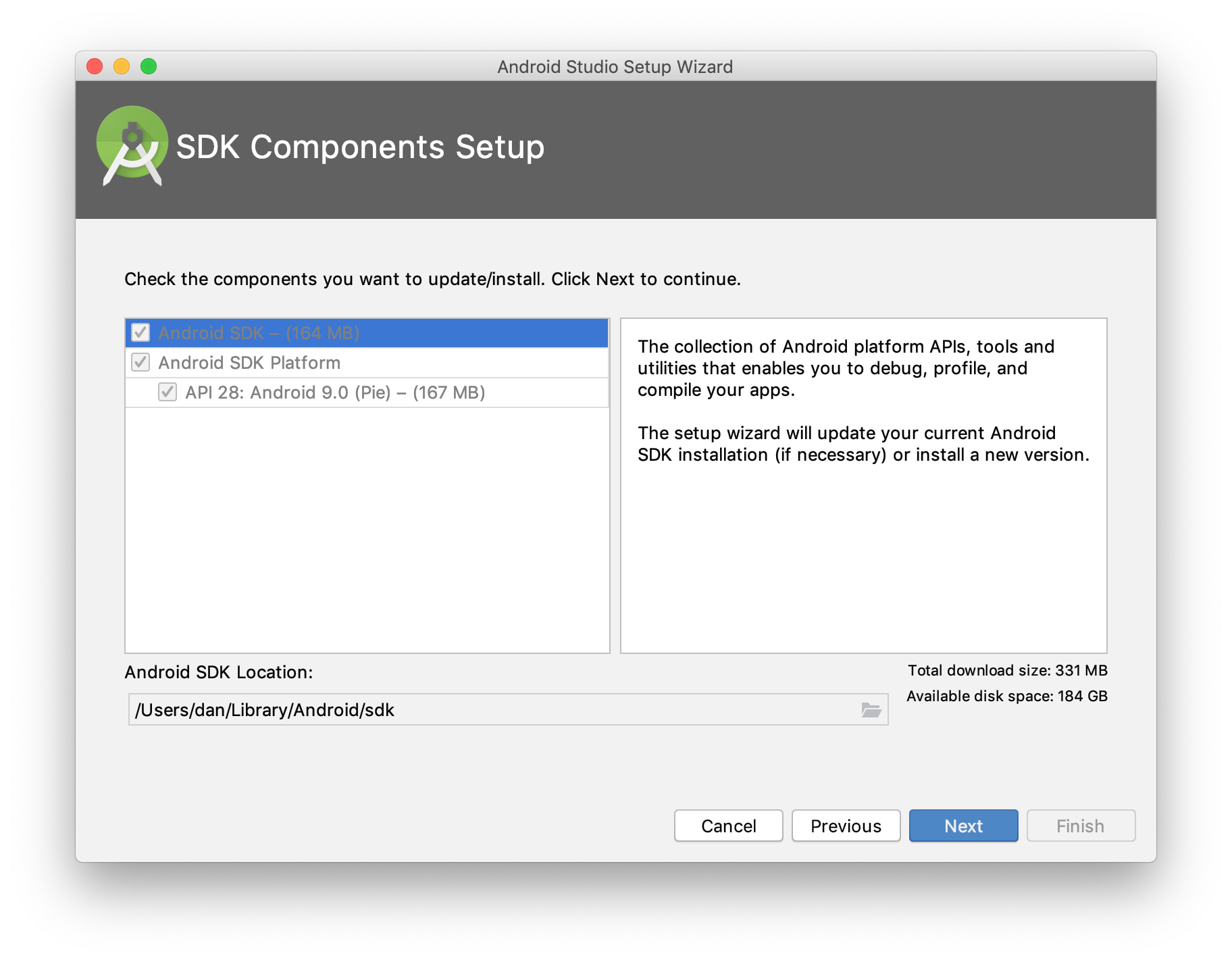 By default, the latest stable SDK Platform is installed, which includes a collection of packages required to target that version of Android.

To install system images and other minor SDK platform packages, you may need to ensure Show Package Details is checked at the bottom of the SDK Manager. 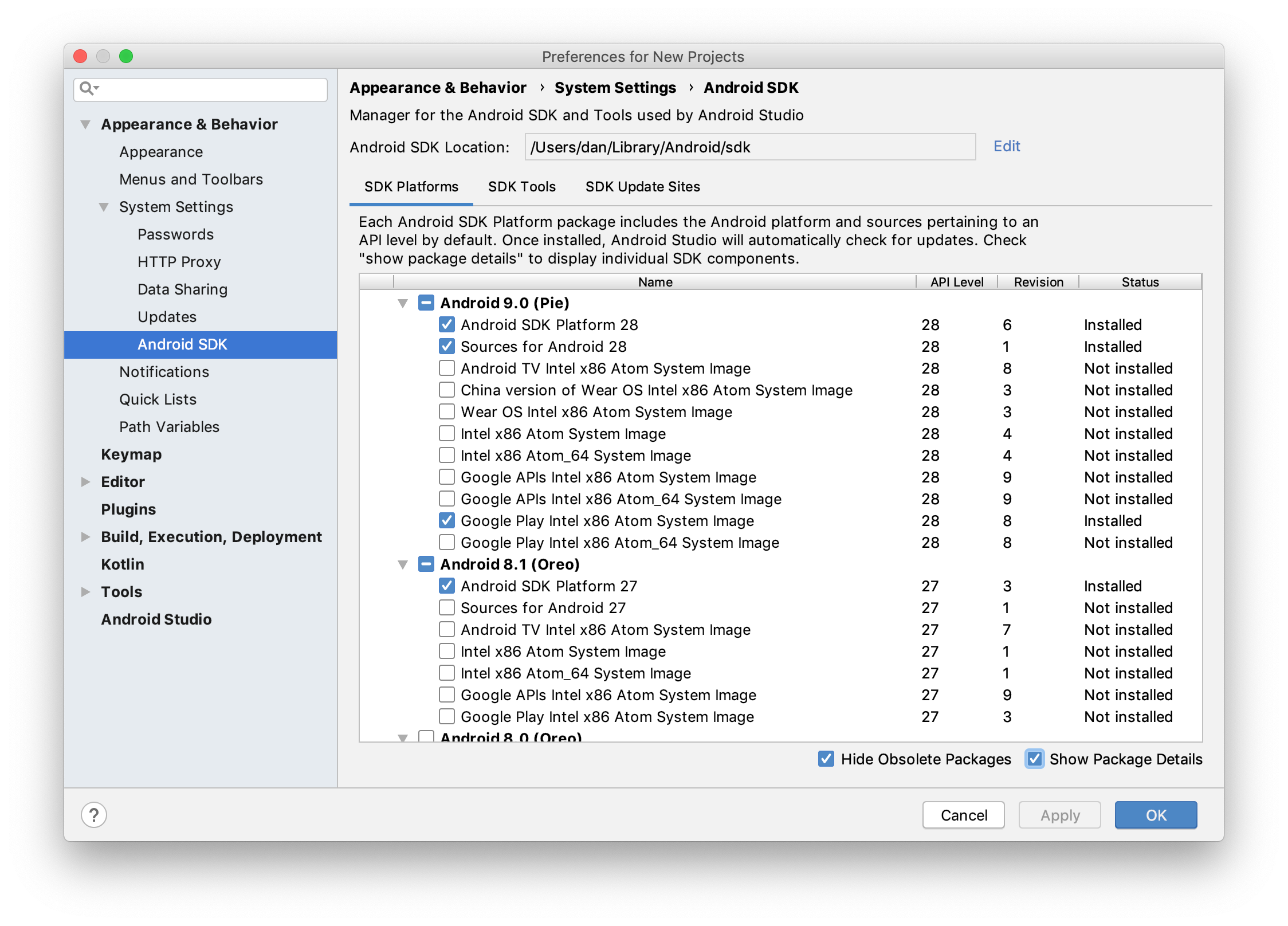 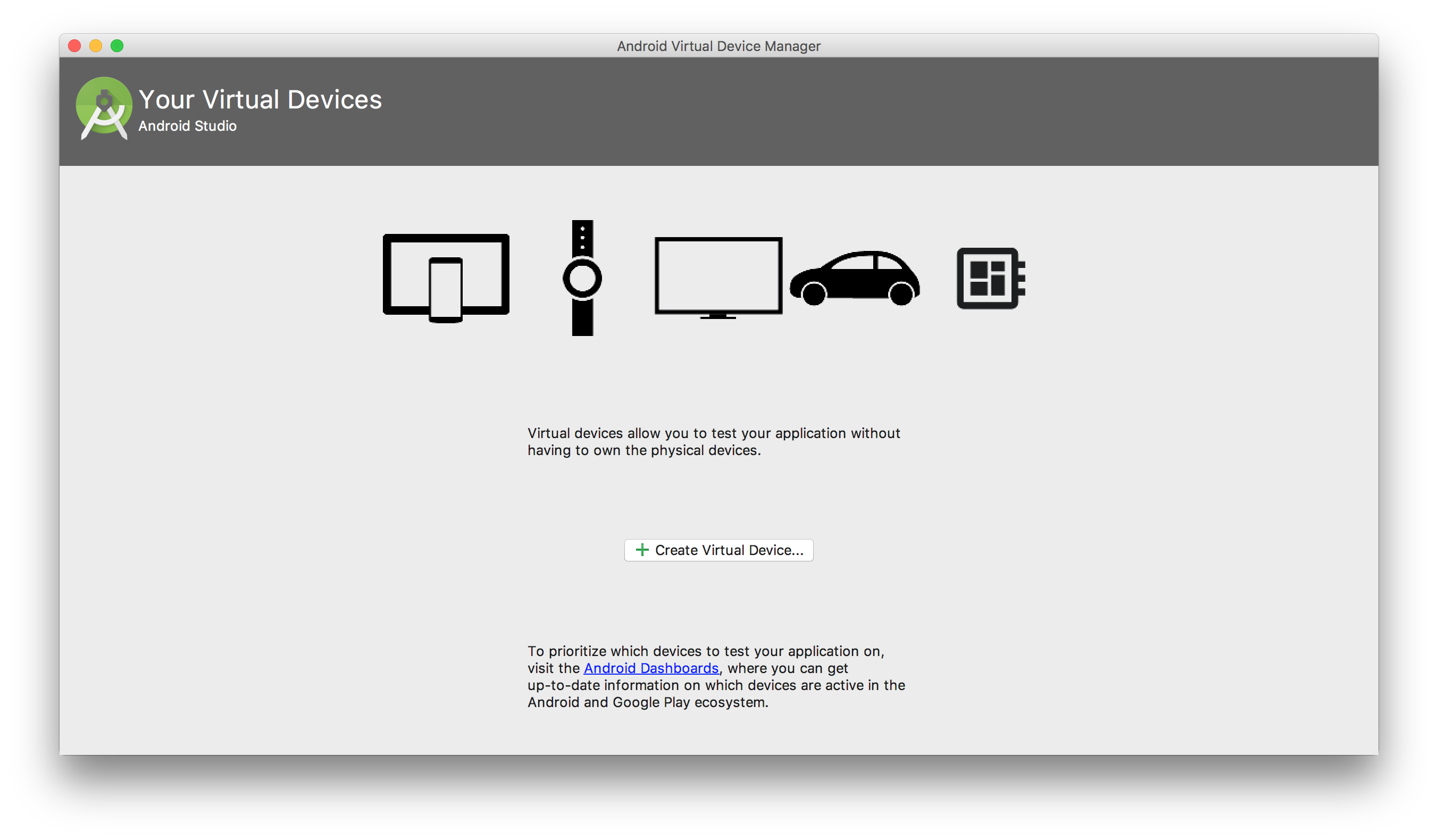 Once the AVD is created, launch the AVD into the Android emulator. Keeping the emulator running is the best way to ensure detection while developing Ionic apps for Android.

Set up an Android Device​

Verify the connection works by connecting the device to the computer with a USB cable and using the following command:

The device should be listed. See the full adb documentation for troubleshooting and detailed information.

Unfortunately, Cordova is not compatible with the latest version of Java.

Gradle is the build tool used in Android apps and must be installed separately. See the install page for details.

Before apps can be deployed to Android simulators and devices, the native project must be configured.

Capacitor uses Android Studio to build and run apps to simulators and devices.

To start a live-reload server run the following command.

When running on a device make sure the device and your development machine are connected to the same network.

The Ionic CLI can build, copy, and deploy Ionic apps to Android simulators and devices with a single command. It can also spin up a development server, like the one used in ionic serve, to provide live-reload functionality.

Run the following to start a long-running CLI process that boots up a live-reload server:

Now, when changes are made to the app's source files, web assets are rebuilt and the changes are reflected on the simulator or device without having to deploy again.

Once an app is running on an Android device or emulator, it can be debugged with Chrome DevTools.

Chrome has web developer tool support for Android simulators and devices. Go to chrome://inspect in Chrome while the simulator is running or a device is connected to the computer and Inspect the app that needs to be debugged.

Make sure your application is running on the device or simulator, or it will not show up in the list.

If running with Android Studio, native logs can be found in Logcat.

If the Logcat window is hidden, you can enable it in View » Tool Windows » Logcat. 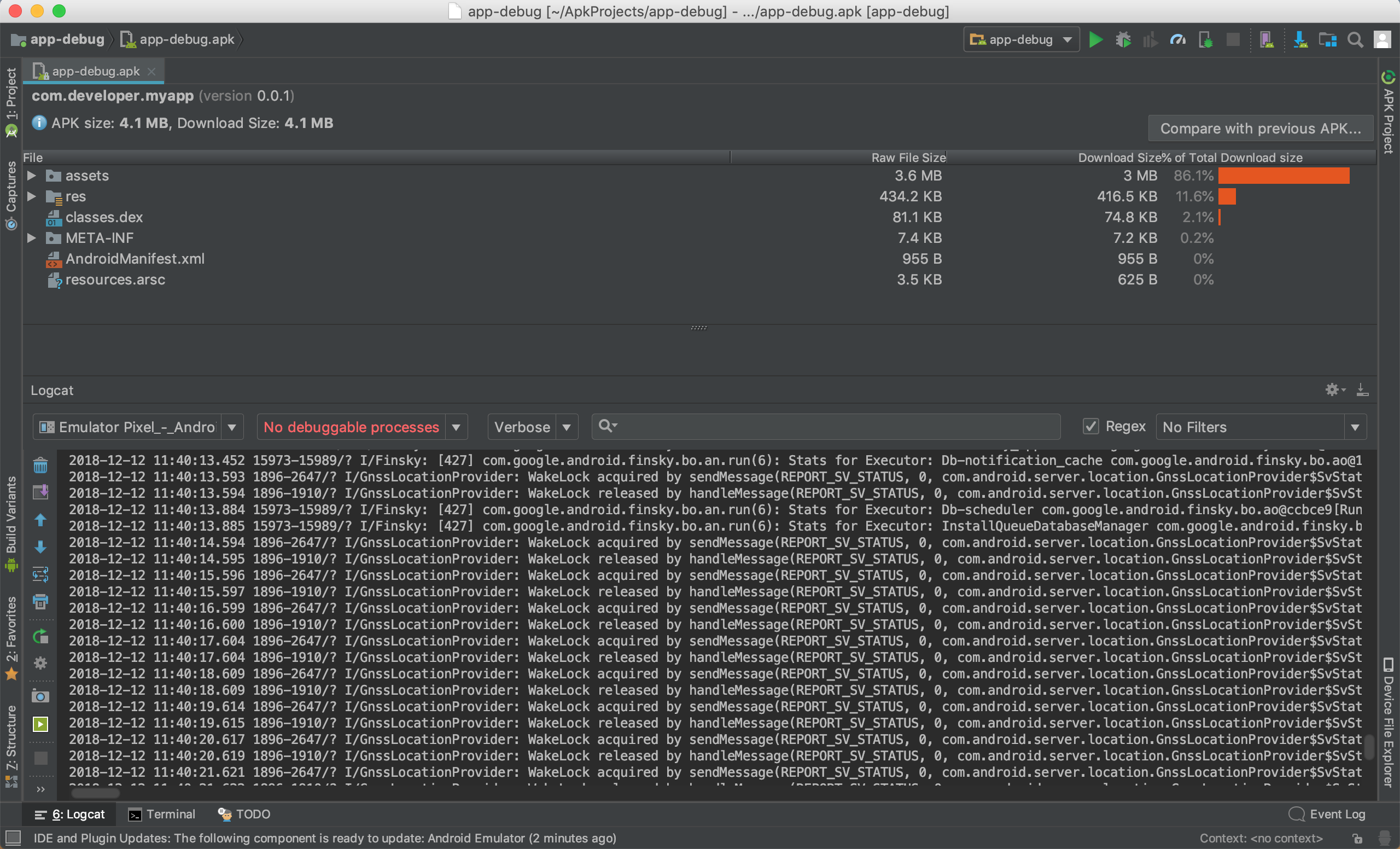